Cigars and celebrities have gone hand in hand for generations. They’re synonymous with luxury, sophistication, and as long as celebs have been in the limelight, luminaries from every era have been photographed in a plume of smoke thanks to their love for premium cigars.

Whether celebrities are attempting to show a touch of class or celebrate an achievement, icons like Winston Churchill, JFK, and Michael Jordan will forever have a cigar linked to their likenesses.

Even in the last decade, we’ve seen many Hollywood pop stars as well as actors choose to smoke or hold a cigar during special events and public sightings.So, think of this blog as a tip of our cap to our favorite cigar-loving celebrities throughout history! 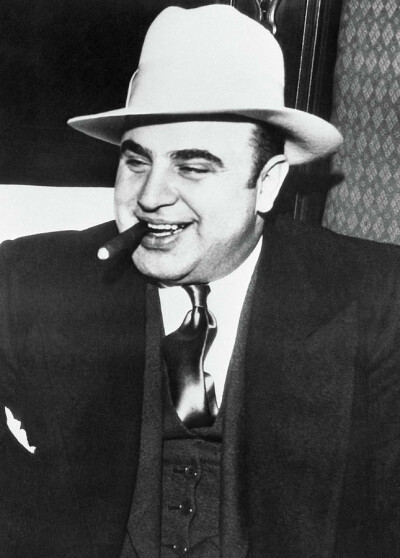 Al Capone was a notorious American gangster who became infamous during the Prohibition era as one of the Chicago Outfit founders. However, his crime-filled reign for seven years ended when he went to prison at 33. 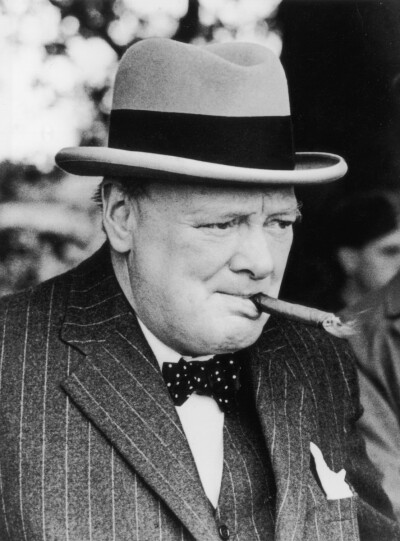 Sir Winston Churchill was the Prime Minister of England, and is the man for whom the imposing Churchill cigar size is named. To say he was a seasoned cigar smoker, is a massive insult. The man had around 4,000 cigars around his home in Chartwell and he was noted for smoking around eight to ten cigars a day. 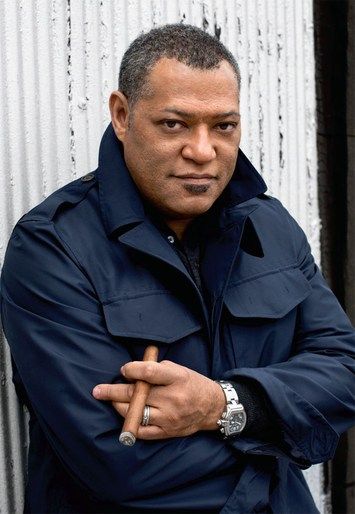 Laurence Fishburne, otherwise known to most from his iconic role as Morpheus in the Matrix trilogy has been a keen cigar smoker for a number of years. When he’s not juggling one of his numerous entertainment projects, Fishburne enjoys a premium handmade cigar. He prefers Cohiba cigars as well as Maduros that feature a rich sweetness. He is often known to visit New York’s Grand Havana Room where he is a member. 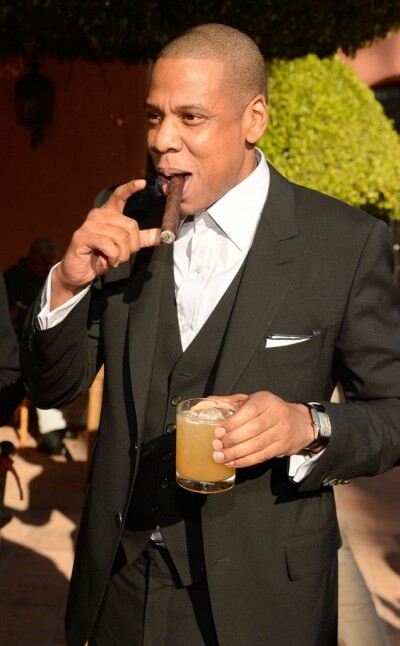 Jay-Z is one of the most popular rap music artists and producers of all time. He is known as a legend in the hip-hop world and has one of the most famous families in history being wed to Beyonce. Jay-Z loves cigars, so much so that he produced a cigar with his team called the Cohiba Comador. 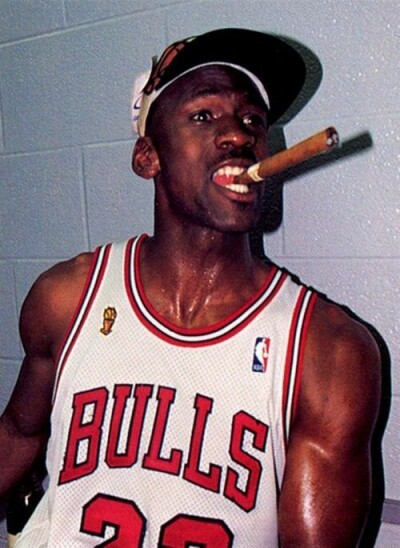 Legendary NBA player Michael Jordan is undisputedly one of the greatest athletes ever. Naturally, Jordan has become accustomed to the finer things, and one of those finer things is his love for cigars. He picked up and smoked his first stogie after winning the NBA championship in 1991, and after that, it became a pre-game ritual for him to relax as he made his way to the stadium fighting the hellacious Chicago traffic. 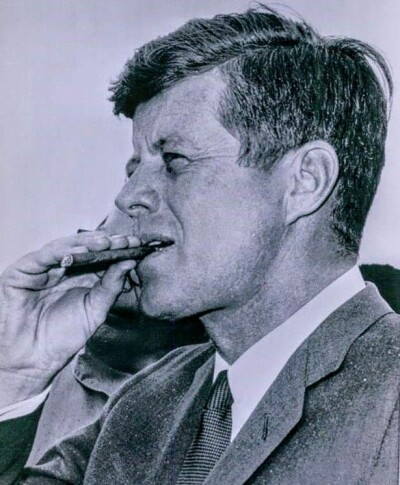 When you're the President, you can get just about anything you'd like. And for JFK, in 1962, that was 1,000 Petit Upmanns. He gave his press secretary less than 24 hours to round them up just before prohibiting any Cuban products from entering the country, including his beloved cigars. The press secretary didn't let him down, as he managed to gather 1,200 cigars. He then signed the embargo, and Cuban tobacco has been off-limits to Americans ever since. 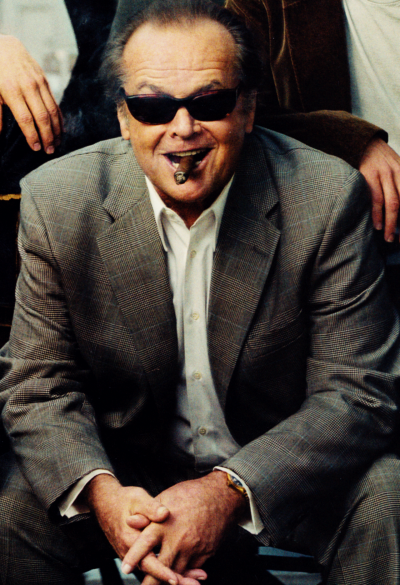 Multiple Academy Award winner, Jack Nicholson, like many during that time was an avid cigarette smoker before taking up golf in the 90s. Instead of taking down a full pack during every round, he decided to switch to cigars, and well, the rest is history. From movie sets to

Lighting up right on the Lakers arena floor, Jack is certainly one of the coolest and most acclaimed cigar smokers of all time. 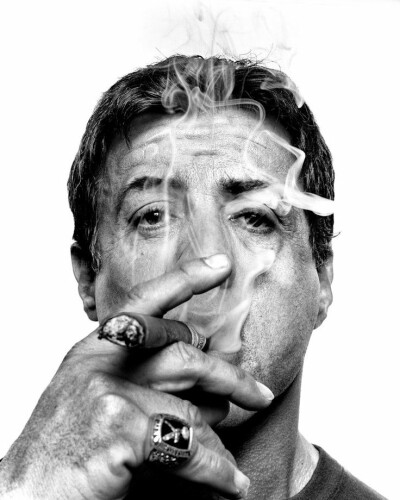 Sylvester Stallone, otherwise known as Rocky or Rambo throughout his films, has been an avid cigar lover throughout most of his illustrious career. Like Jack Nicholson, Stallone was a cigarette smoker. And, throughout the course of Rocky, he gave up cigarettes and in exchange for the far more refined taste and experience of premium cigars. 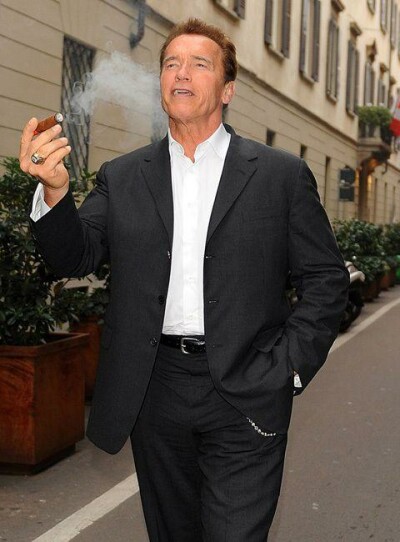 The only cigar smoker that’s almost as famous for smoking cigars as Winston Churchill has got to be Arnie. Infamous bodybuilder, Hollywood icon, as well as governor, his love for cigars has been nothing but open and unapologetic for decades. And for this, cigar fans all across the globe have praised him for spreading the art of cigar smoking.

Who’s your favorite celebrity cigar smoker? Let us know in the comments!

Want to score swag from Macanudo? Here's your chance. Enter for a chance to win a Macanudo cigar cutter and lighter during the month of May on Cigar World.