The Rise of Women Smoking Cigars

The rise of women smoking cigars

There are many many common misconceptions about the cigar industry. But, one of the biggest fallacies over the last several years is that cigars are a male-dominated pastime. Now, historically, there’s no question, that’s true. But over the last 5 to 8 years we’ve seen a tremendous rise of empowered women smoking cigars as not only a hobby, but embracing the full lifestyle as well.

I mean, even a global powerhouse brand like Macanudo has Laurel Tilley, an absolute cigar mastermind woman, as their brand ambassador. And it’s women like Laurel that are truly shifting the cigar industry to not only open its doors to women, but allow it to be dominated by them.

How women smoking cigars are changing the cigar industry

Women’s interest in cigars has also led to a new wave of innovation and creativity in the cigar industry. There’s no doubt, we needed a reason to disrupt, shake off the cobwebs and be fresh.

Let me put some things into perspective here.

About 2 percent of women in the United States say they smoke cigars, according to the Center for Disease Control and Prevention. That's about 3.2 million women. Compare that to the 1980s, where Cigar Aficionado reported that women comprised only one-tenth of one percent of the total U.S. cigar market. That’s tremendous growth.

Now, to put things in perspective a bit more. In the United States, only about 9 percent of men say they smoke cigars. So, when you compare that 9 percent to 2 percent, in reality, women aren’t that far behind at all.

Because of this, we’re now seeing brands and blends exclusively designed to appeal to the tastes and preferences of women.

“Today, more than ever, women are finding enjoyment in the taste and aroma of premium, hand-rolled cigars, but are often ignored by the industry. There are no cigars on the market today that are custom designed to appeal to women and their tastes, as many see cigar smoking as a masculine past-time. Since we acquired El Septimo earlier this year, we have put significant resources into market research, testing, and blending techniques so that El Septimo is not just the best known cigars in the world for men, but the best cigars in the world for all. We want to step outside the box and encourage men and women alike to taste, explore, and understand the ultimate premium cigars.”

If El Septimo is proving anything, it’s that women should have an immense amount of influence within not only the smoking community, but in the creation of cigars as well.

According to a study done by the Federal University of Rio de Janeiro in Brazil, women possess 43% more cells and 50% more neurons than men in the olfactory centers of the brain. What does that really mean? Well, a study like that shows women have more sensitive taste buds than men along with a heightened sense of smell.

Interested in learning more about these cigars designed for women? You can explore the Alexandra Collection more here.

Some of the coolest women smoking cigars 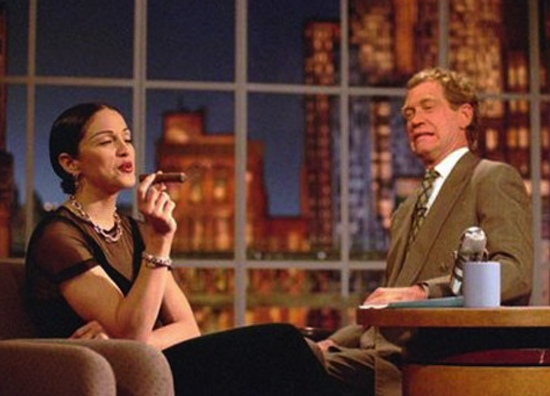 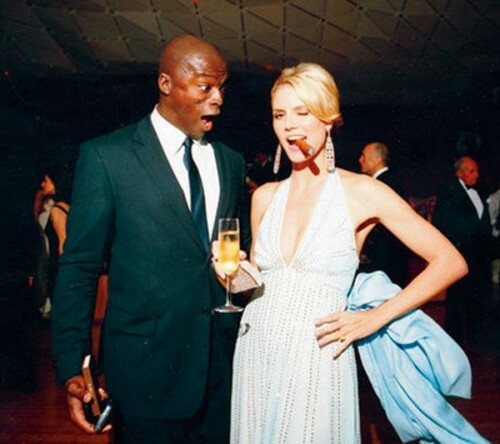 The German-American supermodel and TV host favors the Partagás 1845 Robusto.

Odelma owns and works at La Faraona Cigars, a local cigar operation in the heart of Ybor City. 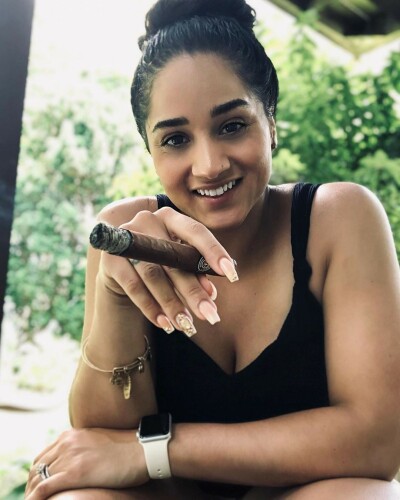 Elizabeth Santos, known as Liz, is a passionate cigar enthusiast and a Master Cigar Sommelier. 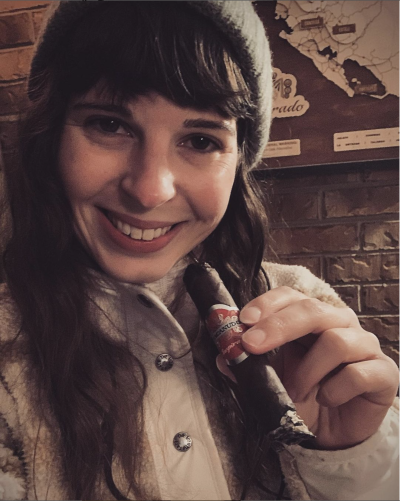 Laurel is the brand ambassador for Macanudo Cigars.

Who are your favorite women smoking cigars? Let us know in the comments!