The story of every cigar begins with a tobacco seed and a patch of soil. Though many other factors affect the character and quality of a cigar, these two fundamental elements –– the seeds and the soil –– form the basis of any cigar smoking experience.

As such, choosing when and where to plant a tobacco seed can have a huge impact on the way the plant grows, the way the leaves develop, and ultimately, how you experience the cigar as a finished product. That’s why tobaccos from certain regions tend to have distinctive characteristics. Just like German beer and Japanese Kobe beef have a unique quality, so too can tobaccos grown in places like the Dominican Republic, Indonesia, or Brazil. Before we review the differences between growing regions, though, let’s first focus on the seed itself. 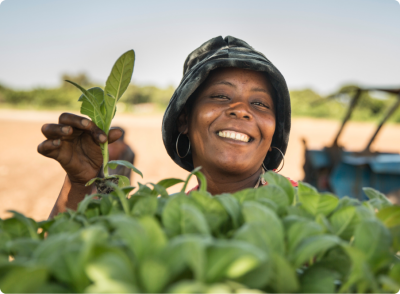 Tobacco seeds can remain viable for more than 20 years –– if stored in the proper conditions. On the extreme end of the scale, Macanudo Mao (released in 2016) contained tobacco grown from Dominican seeds that dated all the way back to the 1960s. More often, though, tobacco seed strains are kept going through natural progression or else crossed with other strains to prevent issues like disease.

The journey of commercially produced tobacco plants begins in an area called a seed bed. This special plot of land is covered in either plastic or cheese cloth, where the tobacco seedlings are allowed to germinate for 7-10 days. Once they reach about five inches in height, they are removed from the seed bed and transplanted to the main tobacco field for further cultivation.

While tobacco is most often associated with tropical regions like the Caribbean, it can be grown in a surprisingly wide range of places. However, the soil in which tobacco is grown must contain a delicate balance of key chemicals such as Nitrogen, Potassium, Magnesium, and Calcium. Too much or too little of any of these components can lead to quality issues occurring in the tobacco plants. 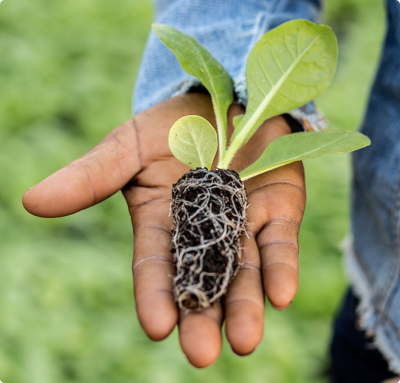 Tobacco can be produced around the globe –– from Connecticut to Southeast Asia and hundreds of places in between. Several of the most recognizable growing regions for tobacco include:

Note also that soil is just one factor –– albeit an important one –– that influences the cigars produced in a growing region. Much is often made (and rightly so) of the special volcanic soil found in many areas of Nicaragua. CAO Arcana Firewalker is a cigar that takes special inspiration from this fact.

On the other hand, climate can have just as big of an impact on tobacco development as the soil itself. Ecuador receives so much natural cloud cover that blenders were able to create a new form of Connecticut Shade –– Ecuadorian CT Shade –– based in large part on the conditions on the ground there.

Storing cigars correctly will preserve them for years to come. Find out what you need to know about this best practice here.

Like so many aspects of cigar production, harvesting is a labor-intensive process done primarily by hand. Depending on the type of tobacco grown, 2-full time workers may be required for harvesting purposes –– per acre. Because of the diverse nature of tobacco (and cigars), though, the act of harvesting can occur at different times and in different ways.

Ultimately, how a tobacco plant is harvested is determined by various factors that all influence the quality and performance of the final product –– the cigar. But let’s not get ahead of ourselves. First, we need to take a look at something else entirely: the sun.